You wanted to know what you can do for your 3 to 4 year old child who’s having nightmares on a regular basis. And at some point, this is a normal part of life for all of us. Nightmares are common, but it’s not common to have them every single night and for them to keep a child up. A child who is excessively tired or who is under stress may have more nightmares than usual. And so it’s like - What came first, the chicken or the egg? If your child has a lot of nightmares, and they’re up a lot, and they’re excessively tired, then they’re more likely to have more nightmares, and so what do you do to stop the cycle? It’s really important to react appropriately when your child has a nightmare. Go to your child as soon as you can and reassure them of reality - what’s real and what’s not. And one thing that really helped us when our son was having a lot of nightmares was to ask him what happened and then to finish the story in a different way - turn it into something light-hearted or funny that made him laugh, and then he would be more calm and able to go back to sleep on his own. So talk through the story. Find out if there are real fears that your child has that you can actually eliminate. For example, if they went to sleep thinking about the shadow in the corner and that contributed to their nightmare, then do what you can to eliminate the shadow. The things a child does during the day and right before sleep can contribute to their dreams, and so do what you can to minimize scary stimulus during the day and especially before bedtime. Also limit electronics and TV prior to bedtime, and put your son to sleep around the same time each night following the same routine, and make sure that it involves the last thing that they’re seeing being something positive, and that’s probably your face and a positive word of encouragement or an “I love you” and a big hug. And again, when he wakes up, do the same thing - go in and encourage him. Make sure that he knows that you’re there for him. On the same hand, it’s important to make sure that he stays in his own bed and that he is able to learn how to self-soothe to some point. By letting him come into your bed every night, that’s going to reinforce negative sleep behaviors for both you and for him, so do what you can to keep him in his bed. If he wants a nightlight and feels like that would help, then you can introduce that to see if it makes a difference. If all of these suggestions aren’t really making a difference, especially if his nighttime wakings are affecting his ability to function during the day or you notice a difference in his behavior, talk with your pediatrician, and after asking more specific questions, they’ll determine if further investigation or intervention is warranted. If you have more questions in the future for me, feel free to ask them on our Intermountain Moms Facebook and Instagram pages, and recommend us to your friends and family too. 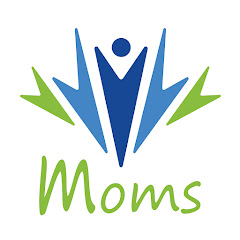